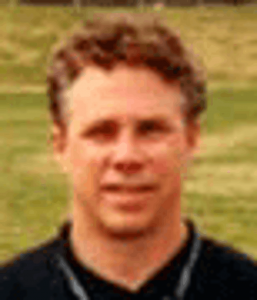 From the Prince George Citizen January 2015

When the North Cariboo Senior Soccer League presented Glen Thompson with a lifetime achievement award recently, he was surprised at the honour.

Even though Thompson has been involved with the development Of the sport and league in Prince George as a player, referee and executive for more than 40 years, he was still shocked. That was never his goal when he first kicked around a soccer ball as part of a youth team, Acme Electric, in 1974. “I didn’t think about that,” said Thompson, now 57, “I just did what I needed to do because I love the sport. It wasn’t a paid position, I have a lot of friends who played, it. I think if you have success in something you’re more apt to stay with it. Its the camaraderie of the players. I joined the men’s team at a very young age, I was a guy who played with the teachers such as Walter Hanik and Harold Hacker.

“I had a great run, There’s different aspects of every sport.” Thompson who works in the maintenance department for School District 57, credits Jim Briggs, Bill Jones, Gaetano Mauro and Bill Måclver as those who have had the biggest influence on him.
Last season, due to nagging arthritis in his hips, he was forced to retire from playing competitively, which he started doing when he was 16 with Acme Electric. After a one-year stint with that team he laced up his cleats for Labatt’s United, a first-division Side in the North Cariboo Soccer Association where he spent the next 15 to 17 years. The league eventually amalgamated With the Men’s Recreational Soccer league in 1989 and became the North Cariboo Senior Soccer League. “The NCSA got down to three teams at one point and we needed fields to play on and it’s been pretty good ever since,” said Thompson. “It’s now changed to age groups — open, 30-and-over and 45-and-over.
While still playing with Labatt’s United, in 1980, he launched his involvement the league’s executive, first as a team representative and eventually serving as president, treasurer, director and registrar. He currently holds the title of registrar in the league.
Among his achievements, he spearheaded the construction of the current NCSSL complex, which officially opened on May29, 1998. 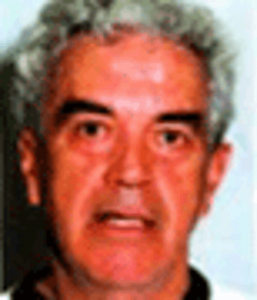 From the Prince George Citizen April 2015

A knee replacement six years ago forced Bill Jones at the age of 71, to retire from the Soccer pitch and the game he so dearly loves. “I miss the game immensely I still have the kit and boots,” said Jones, who grew playing football as a youngster in Cardiff, South Wales, “It was an enjoyable game playing in the streets and the fields. Soccer filled up a lot of time, especially in Britain when I trained for my job. I played on numerous teams and it’s a game that has small financial demands,”
While his competitive career may be over, the 77 year old is still involved in the game as treasurer of the North Cariboo Senior Soccer League, a position  he’s held with the men’s league since 1992.Jones, a trained medical laboratory technician, moved to Prince George in 1968 for a job at the Prince George hospital, a lab that he eventually oversaw before retiring almost 19 years ago.
A centre back, he first laced up his boots in Prince George in the 1971-72 seasons on Labatts United, a division 1 side in the North Cariboo Soccer Association. It was the same team as Jim Briggs, Walter Hanik and a few years later, Glen Thompson.Jones eventually switched teams to a side sponsored by City Furniture that competed in the open league. Jones was elected president in 1987. The league eventually amalgamated with the men’s Recreational Soccer League in 1989 and became the North Cariboo Senior soccer League. As league treasurer, and with enough funds in the leagues bank account, Jones worked with Thompson to oversee the completion of the current NCSSL complex that was finished in May 1998.Other jobs included lining the fields on game days and cleaning them up afterward. As a player, Jones also travelled to the Okanagan to compete in over 40 and older tournaments. It kept him in shape.
About 16 years ago, with Terry Carter as president, Jones received a lifetime achievement award from the NCSSL for the role he played in the league. It was the first such award handed out by the NCSSL. It came as a complete surprise to Jones, who hopes more players follow in the footsteps of the founders of the league to sustain its future?”I’d like to see more involvement (on the board) by the young people in the league,” he said. ‘The same people are on the executive year-in and year out” 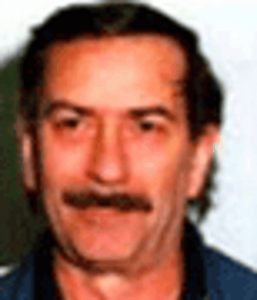 From the Prince George Citizen February 2015

Terry Carter may have hung up his boots and kit four-and-a- half years ago, but you can still find him hanging around the clubhouse at the North Cariboo Senior Soccer League fields. There he is, perched on the balcony with a cold one in his hand, watching the action unfold on the pitch beneath him.
For the last 34 years, since 1981, Carter has been a fixture on the senior men’s soccer scene in Prince George. At the NCSSL’s annual meeting last month, Carter 73, received a lifetime achievement award, only one of three awarded in the history of the men’s league (Glen Thompson and Bill Jones are the other recipients), “It was a huge surprise,” said Carter. “I was told I had to go by my wife (Heather) and they announced Glen and Terry (to come to the front). Glen looked at me and it was quite a surprise for us and an honour. I was president when Bill got his (lifetime) award. It’s a great honour. Anytime an organization does something like that it shows respect. It’s been very enjoyable. I played old timers hockey for many years…its that connection you make. You have lifelong friends. Guys who’re there when you need a hand.”
Carter’s, roots in the league can be traced back to 1981 when he suited up as a goalkeeper for Mackenzie’s side that competed in the North Cariboo League. Back then, the matches were always on Sundays and they’d tackle teams from Prince George and Quesnel. “There weren’t many teams then, but it was good fun,” said Carter. “We were very successful down here. We had some great players. And we’d stick around afterwards for a couple of beers at the old Shakeys Pizza on Central because it was the only place you could drink on Sundays.”
Carter, who grew up in Birmingham, England arrived in Canada in 1976, and then to Mackenzie after a couple of years for a job at the BCFP pulp mill. In 1986, he took a job as an electrical supervisor at Canfor Pulp Mill and joined Labatts United where he took on the backup goalkeeper role. In 1991, he moved over to the old recreational league and played goalkeeper for several teams. When the recreation league and the NCL amalgamated in 1989 to form the NCSSL, Carter joined the board of directors, and besides treasurer, served every role on the board, including three terms as president. The league grew, expanding to three divisions. With  Thompson leading and several others, the new complex where the current fields are was opened in 1998. And while Carter retired from playing outdoors with the NCSSL in 2010,he still finds the time to travel and play in old timers tournaments in locales such as Australia, New Zealand, USA and Hawaii. In 2012, he took a Prince George team to compete in the Palm Desert Senior Games in the Over-70 division and they won the entire thing.No longer on the board Carter is still involved in helping Thompson maintain the fields.He’s also kick-starting the new over-50 division in the NCSSL. ‘They’ll play Tuesday nights starting in May and we are getting a fair bit of good response,” said Carter. “It will provide good continuation within the league. A lot of the BCISL (B.C. Indoor Soccer League) guys stop after their season and there’s a need to have somewhere for them to transition to.”
He’s also involved in the game as a referee, an instructor and an assessor for the north region for the B.C. Soccer Association.

Interested in becoming a Community Partner of the Prince George Soccer Association?